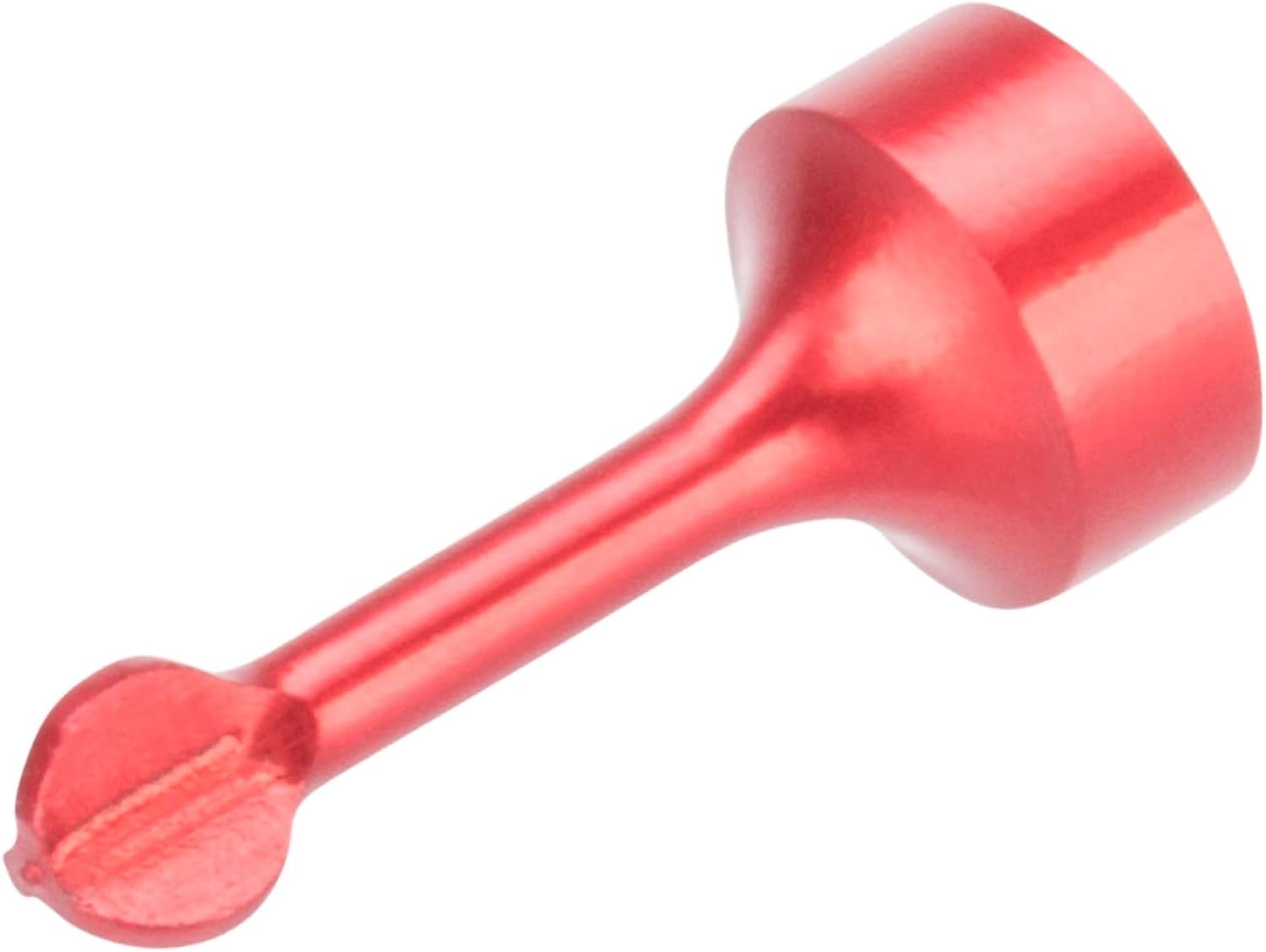 Rocket Valve?"span" Rocket valves are a critical performance internal part to efficiently and effectively guide the gas into the valve. The Angel Custom CNC rocket valve replaces the original plastic flat base valve for an immediate upgrade on performance! Due to the density and precision of the steel rocket valve, gas output will greatly stabilize.
Further more, the contoured, sharp and smooth edge allows a smoother flow and operation. It is proven that the Angel Custom rocket valve manage the "Air Turbulence" during the blowback process smoothly best.
Other similar products in the market are made with dull edges, poor coating or weaker materials making the Angel rocket valve the best of the best!

Applications: Tie your firefly rocket valve on fishing line to drag it across water surface to catch very hungry trout or bass.
On a serious note, this is currently the best valve for your KWA ATP series Airsoft GBB pistols. A newer design over the discontinued PDI rocket valve or the shooter's design. With more advanced CNC processing, High Grade CNC Aluminum and anodized surface.