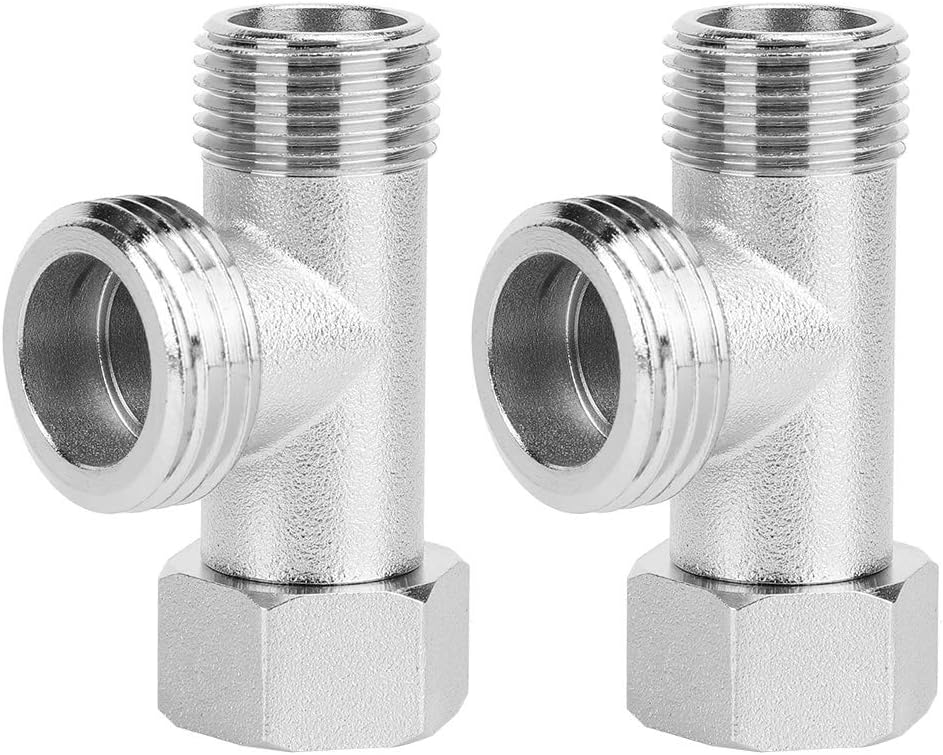 Features:
Side 1/2" teeth, connected to the sprayer.
Optional movable lock nut for easy installation.
Spool structure design, 180° rotation switching, permanent service life.
Straight teeth are 3/8" teeth, linked to the triangle valve and the toilet tank inlet.
Made of pure copper and nickel-plated material, it is and durable.


Note:
Because there was a manual measuring ,the size may has 1-2cm/inch difference.
The color may be slight different due to the condition or light or different monitor.