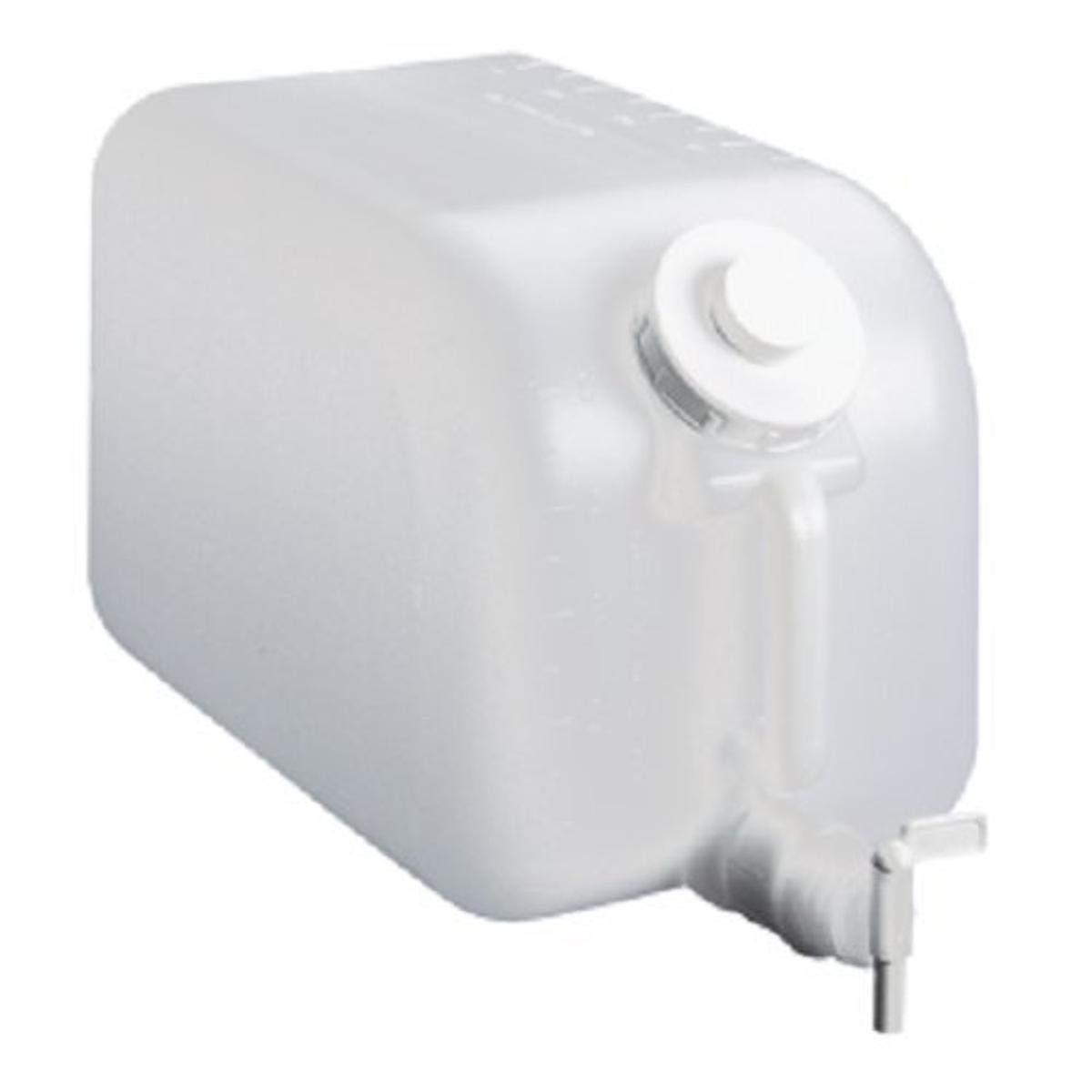 The 5 gal. Shure-fill dispenser W/faucet comes in a case size of 8. The heavy duty faucet assembly is leak free and is perfect for storing and dispensing pre-mixed cleaning chemicals or chemical concentrates. Do not use with solvents or corrosive chemicals.